The first-ever KM Duathlon in Singapore to be held at the Changi Exhibition Centre will place an exciting new challenge to running and cycling enthusiasts on the 20th of July this year. 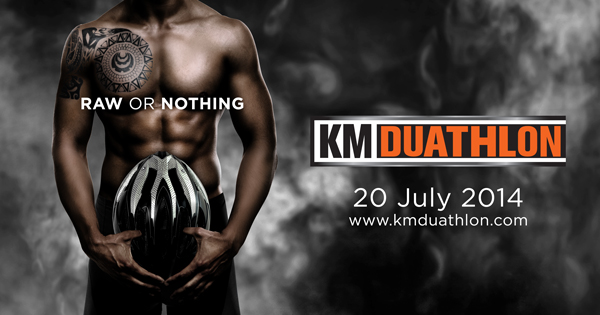 The inaugural KM Duathlon consists of running and cycling over two distances – the KM60 Distance and the KM30 Distance. The KM60 distance sees the participant running a familiar 10km, followed by a 40km cycle, and ending with another 10km run. The KM30 Distance category is half of this distance at 5km-20km-5km.

In addition to taking part individually, participants can choose to partner up with a buddy to take turns on the KM60 Distance team relay. The two-person relay allows for teams to strategize, splitting up the course equally into cycling and running between two members respectively, or mixing it up to have one partner complete two consecutive thirds of the race.

So, join us at the inaugural KM Duathlon. Be prepared to be pampered at the race village after your race as we provide a premium on-route and post-race experience to match the challenge. Post-race services include complimentary full-body massages, chilled towels, light bites and cold beer.

PUSH YOUR ENDURANCE.
TAKE ON THE MOST CHALLENGING DISTANCE IN SINGAPORE’S FIRST-EVER KM DUATHLON.

More details and FAQs at http://kmduathlon.com[/box]

Laugh Out Loud with KUMAR Stands Up for Singapore (R18)

Here’s What I Discovered at Singapore Design Week 2019